Large Scale Movers Are On the Rise

This summer in Chicago has been a busy one. Many companies have decided to take the plunge and move headquarters. In most recent news Motorola Mobility will be moving from their Libertyville offices in the Northwest suburbs of Chicago to the heart of the city. They will be taking over the top four floors of the Merchandise Mart. This will be a very large facility that will house their 3,000 employees.

Earlier this summer, the Ann & Robert H Lurie Children’s Hospital was opened. This was a massive move from the older facility. Originally Prentice Women’s hospital was being used to house women specific illnesses, a children’s hospital, and a floor dedicated entirely to organ and tissue transplants. This was the most diverse hospital the city had to offer. To create more specialized units, the city of Chicago started to plan for this new hospital in early 2005.

Dozens of branded specific moving companies helped out with this move. Anything from moving just beds and equipment, all the way to moving current patients over to the new hospital was needed. These large scale moves are becoming something that is very common. With the dyeing infrastructure in the United States, this will be a trend for the coming years. Many buildings will need to be torn down and rebuilt. Moving companies will help with this process, and continue to make the lives of these companies a little bit easier.

No one has commented yet. Be the first to post one!
Connect

Recent
Five Top Cities to Move to in 2020
Moving Box Guide
What Do I Need To Know About Moving Estimates?
Four Tips That Will Make Your Fall Move a Success
Stress-Free Ways to Save Money on Your Next Move 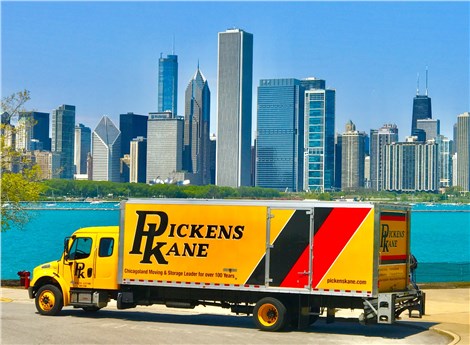